A Hand Full of Anticipation for the CaribbeanTales 2011 Film Festival 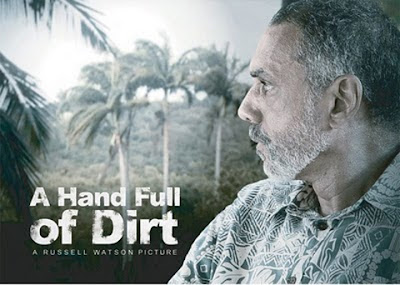 The Gala is the main highlight of a week of cultural explosion, that will take place between 14-20th March as filmmakers and film enthusiasts from around the region and the world come together to celebrate Caribbean film at CT2011.

Producer of the film, Lisa Harewood expressed her pride that the production will be featured at the Opening Night Gala. “We feel incredibly honoured to have been given the opportunity to open CaribbeanTales Film Festival 2011. The festival is becoming a very important link between filmmakers from the Caribbean and the wider Diaspora, so we’re looking forward to meeting and talking to our colleagues. More than anything though, we’re excited to screen the film for the cast, crew, friends, family and supporters who are based in Barbados.”

The movie has already attracted some major attention, copping a nomination for Best First Feature Narrative Director, at the hugely respected Pan African Film Festival in Los Angeles. This recognition being well deserved as Russell Watson and his team battled for several years against the tremendous obstacles that are commonly faced by Caribbean film makers in order to complete the film. With a minimalist budget, and a lot of determination the movie is an example that against all odds, with creativity and a will, there is a way.

Shot in various locations in Barbados and Chicago, the film tells the topical family story of 3 generations , and one plantation. The men of the Redman family – father, grandfather and son – try desperately to break with the past to pursue their dreams on their own terms. Soon though, it is made painfully clear that their lives are inextricably linked and that the past exerts an inescapable grip on the future. A Hand Full of Dirt features such local and regional luminaries as Dominica’s Alwin Bully and Barbados’ own Cynthia Wilson, Luther Bourne and Marcia Burrow.

The Opening Gala starts at 6:00 pm at the Frank Collymore Hall in Bridgetown Barbados and admission is $35 a ticket at the door. Early bird seats are available for $25.00, by emailing registration@sharons26.sg-host.com. Pre-registration is advised for this hugely popular event.

CaribbeanTales 2011 @ Island Inn runs from March 14- 20, 2011. Not just a film festival the event will include screenings, talk back sessions, workshops, incubators, networking events, and a pitch marketplace, as well as a special Directing Masterclass by celebrated Hollywood Director Neema Barnette, known for her work on the Cosby Show. Audiences will also get to Preview the new film The Skin, the fourth feature film by Antigua’s prolific husband and wife filmmaking team, Howard and Mitzi Allen.