The much buzzed about 4th Annual CaribbeanTales Film Festival has come to a close after another successful year: four event-filled days celebrating the exploding film and television industry across the Caribbean and it’s Diaspora.

As Canada’s premier standalone Caribbean film festival, CaribbeanTales presented an astounding 65 of the best Caribbean films from around the world this past weekend. CaribbeanTales, Founder and Artistic Director Frances-Anne Solomon would like to thank all participants and sponsors for making this year’s theme “Caribbean Film – A Tool for Education and Social Change” a huge success!

A highlight of the festival this year was the CaribbeanTales Industry Development Program (CTIDP), an initiative that provided educational industry activities such as training workshops, roundtable sessions, and panel discussions on film practice, animation, business development and marketing to support producers to break into the Canadian industry. 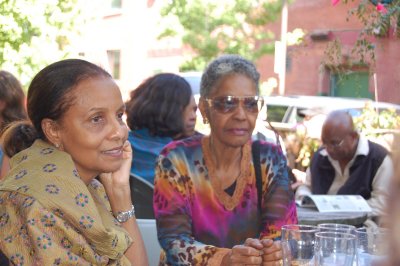 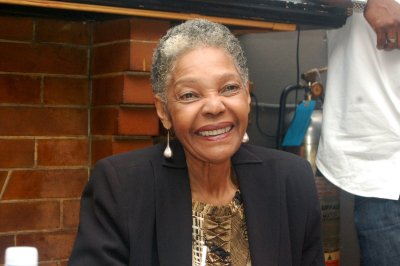 The festival’s high point took place on Saturday evening with the Tribute Awards Ceremony which honored the careers of a number of movers and shakers in the Caribbean film industry. 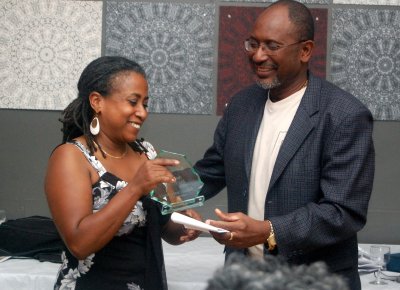 The coveted Award of Honour went to Mme. Euzhan Palcy whoo was the first woman of African descent to ever direct a Hollywood Studio movie when she made A Dry White Season with Marlon Brando and Donald Sutherland in 1989. Ms Palcy who came from France to receive the Award, spoke movingly of the importance of this Festival.

“It is most important to me that we as Caribbean people be able to express love and appreciation for each other, not just in our films, but in relation to each other. For that, I treasure this award above others.” Said Ms Palcy, whose first film Black Shack Alley, produced in 1983, remains a seminal Caribbean cinematic achievement.

Christopher Laird, Co-Founder and CEO of Gayelle The Channel in Trinidad received this year’s Lifetime Achievement Award for his pioneering use of television as a tool for community and social engagement. Earlier in the festival, rapt audiences were also treated to the World Premiere of Christopher’s new film Drummit2Summit, which documents a tense stand-off between Police and local activists during the Summit of the Americas in Port of Spain in April 2009. 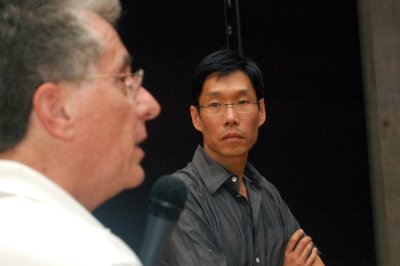 Along with Mr. Laird, tribute was paid to several extraordinary Caribbean talents including Camille Selvon Abrahams who received the 2009 Innovation Award, for her groundbreaking and visionary work in establishing the Caribbean’s first Animation studio and film festival (Anime Caribe) that trains, produces and exhibits work by a new generation of Caribbean-centered Animators.

Actor and Producer Tonya Lee Williams received this year’s Award for Community Service in recognition for her tireless generosity in establishing and maintaining the Reel World Film Festival and Foundation, whose vision is to showcase Canada’s diversity in film. The festival is now 10 years old. 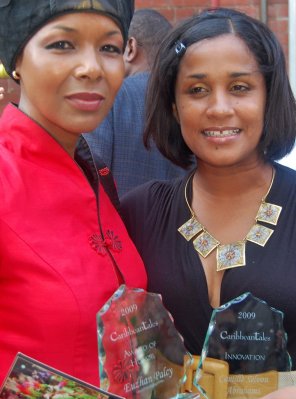 “Team Barbados (The Barbados Tourism Authority (BTA), Invest Barbados and the Consulate General of Barbados)is happy to have been a part of this event and wishes the Festival every success as it continues to chart new paths in the artistic expression of the Caribbean’s stories.”said Leroy McCLean, Consul General for Barbados in Toronto.

The 2009 CaribbeanTales Film Festival was produced in association with The University of Toronto. Among the Festival’s many sponsors were the Consulate Generals for Barbados, France, Trinidad & Tobago, The Trinidad and Tobago Film Company and the Canada Council for the Arts.

The CaribbeanTales Film Festival is founded by award-winning director, filmmaker and festival curator Frances-Anne Solomon who has had great success with her most recent highly acclaimed feature film A Winter Tale (for Telefilm Canada/CHUM Television).

CaribbeanTales’ mandate is to foster and encourage intercultural understanding and citizen participation through the medium of film, contributing to an inclusive Canadian society.