The Best of CaribbeanTales is here! 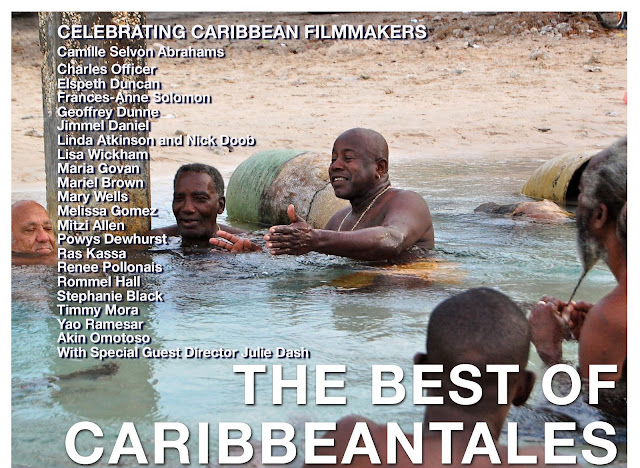 The Best of CaribbeanTales Film Festival is set to launch in Barbados next week, screening some of the best Caribbean films made in recent years, alongside a symposium on Global Distribution, a Caribbean Film Market, workshops, master classes, and youth screenings.

The Festival kicks off with a Gala Launch hosted by The Canadian High Commission, on Tuesday, February 23rd 2010, at 6pm, at Frank Collymore Hall. The Launch will feature special presentations by writer George Lamming, as well as screenings of some very entertaining films including “Trapped In An Elevator” by Barbados’ own Rommel Hall, “The Power of the Vagina” by T&T filmmaker Jimmel Daniel, and Canadian/Trinidadian filmmaker Frances-Anne Solomon’s audience favourite “A Winter Tale”. The festival will continue throughout the week with events taking place at the Savannah Hotel and screenings at Olympus Theatres, Sheraton Mall, ending on March 2nd, 2010.

On Wednesday 24th February, there will be a 1-day Symposium on Global Distribution, hosted by One Caribbean Media; featuring contributions by leading international players in the distribution field; including representatives from Time Warner, the South African Broadcasting Corporation and Rogers Television.

Another great opportunity for local and regional filmmakers, and film buffs will be the first ever Caribbean Film Marketplace. Modeled on the Rotterdam Cinemart, selected independent producers will have an opportunity to pitch their projects to buyers, and have one-on-one meetings with industry stakeholders including; broadcasters, government representatives, cinema owners, educational institutions, music industry entrepreneurs, screenwriters and book publishers.

The Festival will host a number of workshops including a directing master class with  acclaimed African American filmmaker Julie Dash, whose stunning 1991 feature film Daughters of the Dust made her the first woman of African descent to have a movie on general release in the United States. Ms Dash’s visit to Barbados is sponsored by the US Embassy in recognition of the strong links between the African American communities in America and those of the Caribbean. The  festival will also screen Ms Dash’s beautiful and important 2003 film The Rosa Parks Story. Ms. Dash will participate in a Question and Answer period after the screening.

Other workshops during the festival include: A master class with Cinematographer Franklyn “Chappie” St Juste, (The Harder They Come), a workshop on special effects with Makeup Artist Adzil Stuart hosted by the National Cultural Foundation, a “Dialogue between Broadcasters and Independent Producers” hosted by The Caribbean Channel, and a workshop presentation of “Tide Running” a new screenplay by talented British/Guyanese writer Oonya Kempadoo.

Throughout the festival, films being featured turn a spotlight on Caribbean film-making and the burgeoning community of filmmakers around the world who are now producing entertaining and thought provoking films about the region and its Diaspora; including North America, Europe, Africa, India and Canada. Films to be screened include Africa Unite by Stephanie Black, and Calypso Dreams by Geoffrey Dunn; Carmen and Geoffrey by Nick Doob and Tribes by Jamaicas talented music video director Ras Kassa.

The CaribbeanTales Film Festival is founded by accomplished Toronto-based Trinidadian filmmaker Frances-Anne Solomon, whose most recent award-winning feature film A Winter Tale has won international acclaim, and who has been a visiting lecturer at UWI over the past year. This year the festival welcomes three new Associate Directors, including Jamaican filmmaker Mary Wells, Trinidad-based Producer/Director/TV Personality Lisa Wickham; and Mitzi Allen, CEO and Co-owner of HAMA TV in Antigua.

The Best of CaribbeanTales Film Festival is incredibly proud to partner with many local and regional organizations including; The Tourism Development Corporation, Invest Barbados, One Caribbean Media, The Nation Newspapers, Starcom, the Shridath Ramphal Center at UWI, the National Cultural Foundation, The Commonwealth Foundation, Unido, Carib Export, the Caribbean Channel, the Barbados Film and Video Association, the Caribbean Film and Media Academy, the Bajan Reporter, Merville Lynch Productions, Alison Saunders, Rivelino Simmons, and many more.