The Canadian Black Film Festival is hosting the event below on Sunday July 19th 1pm-5pm, and I hope you will come out and join me.

Three of Frances-Anne Solomon’s films will be shown in celebration of her achievements in Canadian and international film, taking place this Sunday July 19th, 2009 from 1pmto 5pm at the National Film Board of Canada (150 John St.).

“I am honored to be recognized by this dynamic community of my peers,” said Solomon. “The Canadian Black Film Festival and Film Club reflects the growing importance and contribution of Black filmmakers to the tapestry of Canadian film and television” 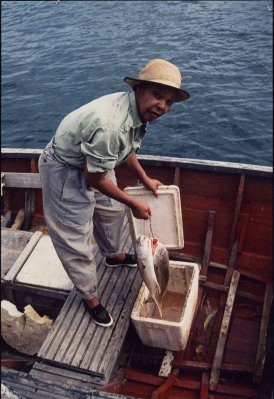 The Canadian Black Film Festival created the Film Club as a means of showcasing both Canadian and international filmmakers who produce works with Black world cinema content.

The tribute session titled “The Legacy of Frances-Anne Solomon, Lady Filmmaker” will screen three of her most captivating short films: Reunion, Bideshi and What My Mother Told Me. Following the screenings, Ms. Solomon will lead a discussion about her experience in the film industry, while discussing several of her upcoming projects.

Frances-Anne Solomon has had tremendous success with her most recent highly acclaimed feature film A Winter Tale (for Telefilm Canada/CHUM Television). The film is an emotional story about a Black Men’s Support Group that comes together in a local Toronto Caribbean take-out restaurant in the wake of gun violence that takes the life of a young child.

A Winter Tale has won many prestigious, international awards, most recently at FESPACO 2009 (Africa’s Oscars held biannually in Burkina Faso, West Africa). It was nominated for, and won Special Mention in the Paul Robeson Diaspora Award category.

Following on the success of A Winter Tale, Solomon recently presented the world premiere of her new theatrical project Lockdown, which opened at the Toronto Fringe Festival.

Lockdown stars Jamaican film and theatre icon Leonie Forbes (What My Mother Told Me, Lord Have Mercy, A Winter Tale) and rising Toronto star Michael Miller (A Winter Tale, Get Rich or Die Trying) alongside a talented ensemble of young actors selected from city-wide auditions held across the GTA. It tells the explosive fictional story of a group of young people held hostage during a high school lockdown, and picks apart the violence that threatens to undermine their dreams.

Alongside her work as a writer/director, Frances-Anne Solomon is the president and artistic director of the two companies she created: Leda Serene Films and CaribbeanTales. She is the founder of the Annual CaribbeanTales Film Festival, which celebrates local and international Caribbean cinema. As Canada’s premier standalone Caribbean film festival, CaribbeanTales presents the best Caribbean films from around the world. Other recent projects by Solomon include HeartBeat – a documentary series profiling Caribbean musical creators; Literature Alive, a many facetted multimedia project profiling Caribbean authors; and the Gemini-nominated Lord Have Mercy!, Canada’s landmark multicultural sitcom, for Vision TV, Toronto1, APTN and Showcase.

CaribbeanTales’ mandate is to foster and encourage intercultural understanding and citizen participation through the medium of film, contributing to an inclusive Canadian society.